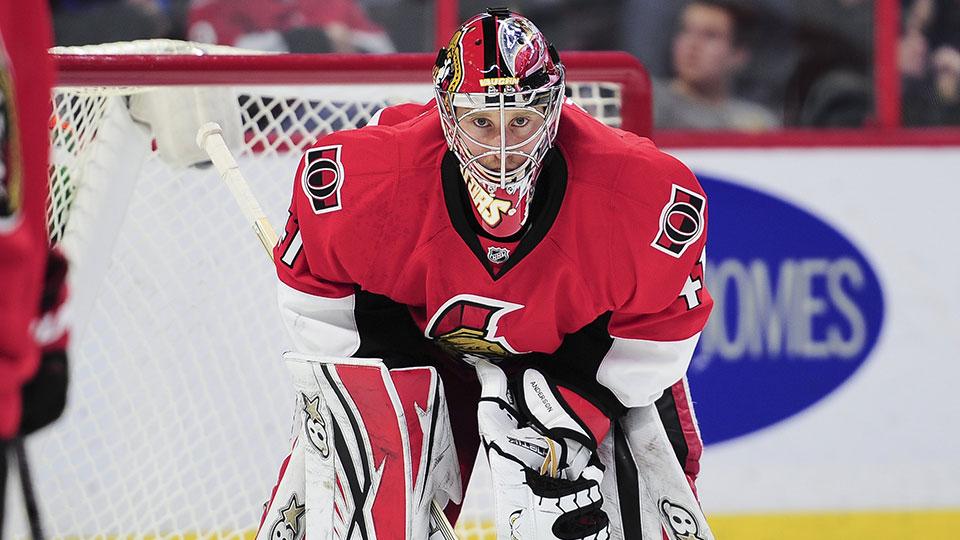 It was the Sharks’ second loss in 15 games this season after scoring the first goal; they entered the game with the second-best winning percentage in the NHL when scoring first (.929).

Senators forward Bobby Ryan, who has played the past three games with a broken finger, scored in the second period, and Craig Anderson made 31 saves.

Senators rookie forward Shane Prince, back in the lineup after being a healthy scratch the past five games, made a good play on what turned out to be the winning goal by Wideman. After losing his stick in the Sharks zone, he skated by the Ottawa bench in pursuit of San Jose forward Joonas Donskoi, grabbing the stick offered by teammate Zack Smith.

Prince lifted Donskoi’s stick and sent the puck up ice to Chris Neil to start the winning rush.

“I was just coming hard on the backcheck after I lost the puck and my stick,” Prince said. “So I was just trying to grab a stick quickly, and that’s the first one I saw. I was able to finish the backcheck, pick the puck up, and we ended up going the other way. So it was a good shift, a good turnaround.”

Pageau gave the Senators a 2-1 lead after a shot by defenseman Cody Ceci hit Stalock in the mask and bounced to rookie forward Dave Dziurzynski. His shot squeezed between Stalock’s pads, and Pageau pushed it over the goal line at 8:22 for his ninth goal.

San Jose defenseman Brent Burns jumped on a loose puck and scored his 12th goal at 17:36 to make it 4-2.

“They got a bounce there, kind of a bad break off a helmet, and it just sneaks through,” Sharks captain Joe Pavelski said of Pageau’s goal. “We were still in it at that point. We felt we were still in it. We thought we had the game, had the chances. We just probably got caught opening up a little bit, and the next one (by Wideman) kind of see its way through right into the net.”

“They found a way to break it open.”

The Sharks had won the first two games of their five-game road trip and were playing their third game in four nights.

“It was one of those games where you knew whoever could get the second goal was probably going to win, and we just couldn’t bury one,” Sharks coach Peter DeBoer said. “I thought considering the circumstances, traveling, three in four nights and back-to-back, we came out and gave a pretty good effort tonight, and with a little bit of puck luck around the net, we could have had a couple and at least left with some points.”

The Sharks opened the scoring 29 seconds into the second period on the power play. With Ottawa’s Mark Stone off for an offensive-zone trip, Joe Thornton’s shot from the top of the left faceoff circle found the net on Anderson’s glove side with Joel Ward cutting in front.

The Senators have allowed the first goal in 22 out of 33 games, including eight in a row. Their record in those games is 7-10-5.

Ryan tied it at 4:46 on a nice individual effort; he went around San Jose defenseman Justin Braun in the left faceoff circle, cut to the front of the net and slipped the puck under Stalock for his 11th goal.

“I mishandled it right into the net, five-hole,” Ryan said.

Ryan, who had an assist on Karlsson’s goal, has 32 points in 33 games.

“Bobby’s been real good for us,” Senators coach Dave Cameron said. “He’s one of those guys at the start of the year that we said if our team is going to reach its potential, Bobby is going to have to be a big cog in it, and he has been.

The Senators will visit the Tampa Bay Lightning on Sunday and the Florida Panthers on Tuesday before the Christmas break.

The Sharks finish their road trip at the Chicago Blackhawks on Sunday and the Los Angeles Kings on Tuesday.