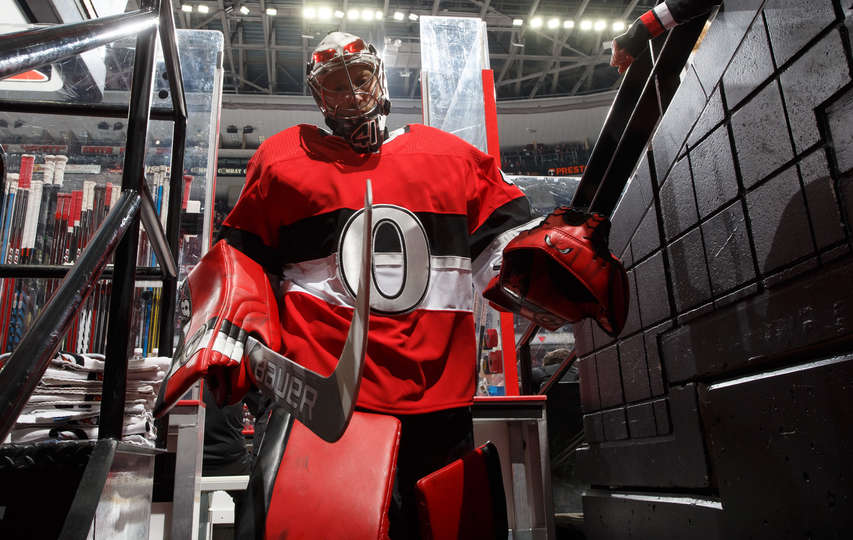 OTTAWA — The Ottawa Senators scored three consecutive goals in the third period, and Craig Anderson made 45 saves in a 6-3 win against the Tampa Bay Lightning at Canadian Tire Centre on Saturday.

Ryan Dzingel scored twice, and Matt Duchene, Zack Smith, Mark Stone and Jean-Gabriel Pageau scored for the Senators (14-17-9), who have won consecutive games for the first time since Dec. 13-16.

Ottawa was coming off a comeback victory against the San Jose Sharks at home on Friday, when it scored three third-period goals to tie the game 5-5, then won it seven seconds into overtime on a goal by Duchene.

“It’s been a while since we played two games back-to-back the way that we did here,” Senators captain Erik Karlsson said. “Last game I don’t think we started well and definitely didn’t have a second period that was good enough and neither was today, but we found a way to hang in there and gave ourselves a chance. It was definitely nice to play the way that we do and help each other out as much as we do. It makes it a lot easier for everybody out there to be themselves and believe in themselves and we’re going to need a lot more of it, too.”

The Lightning, who have the NHL’s best record (29-9-3), have lost consecutive games for the second time this season (Nov. 24-25). Victor Hedman, Slater Koekkoek and Yanni Gourde scored, and Andrei Vasilevskiy made 27 saves for Tampa Bay.

Stone scored his 17th of the season off a rebound to put the Senators ahead 4-3 at 10:44 of the third after the Lightning, who trailed 3-0 after the first period, had tied the game.

Tampa Bay captain Steven Stamkos said the Lightning are making it easy for opponents by turning the puck over.

“I think there is a little bit of entitlement running through our team right now,” Cooper said. “What is a little discouraging is our goaltender, who in my opinion has been our MVP this year, for us to let him down like that … those goals going in at the start of the [first] period were men’s-league goals. That’s just a noncommitment to play in your own end.

“To win in this League, you have to play in your own end. So there is a group of guys who are going to have to circle the wagons in there, the leaders, and figure this one out because we are just going down a road right now. It’s that part of the season right now you just can’t let things slide.”

The Senators scored the first three goals of the game. Dzingel scored his 12th of the season to make it 1-0 at 4:48 of the first after Stone intercepted a pass by Jake Dotchin deep in the Tampa Bay zone.