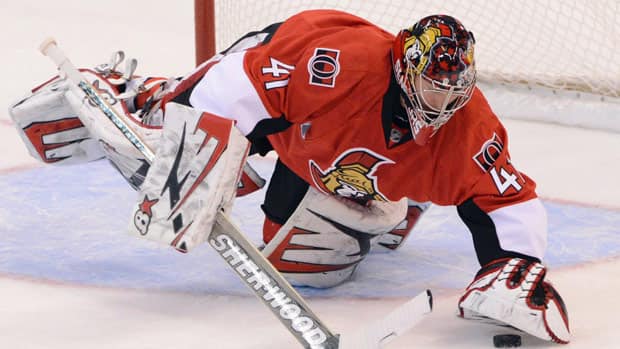 Ottawa Senators goaltender Craig Anderson and left-wingers Patrick Marleau of the San Jose Sharks and Thomas Vanek of the Buffalo Sabres were named the NHL’s three stars for the month of January.

Anderson received the first star after posting a 5-0-1 record. He was ranked first in the NHL in save percentage (.967) and second in goals-against average (0.99).

Marleau was the second star after scoring a league-high nine goals and finished second in points (14) in helping San Jose post a 7-0-0 record. The 15-year veteran also led all skaters with five power-play goals and scored three game-winners.

Vanek had a league-high 15 points (six goals, nine assists) in six contests. He became the first NHL player to register five or more points in his team’s first seven games of a season since Pittsburgh’s Mario Lemieux in 1992-93.