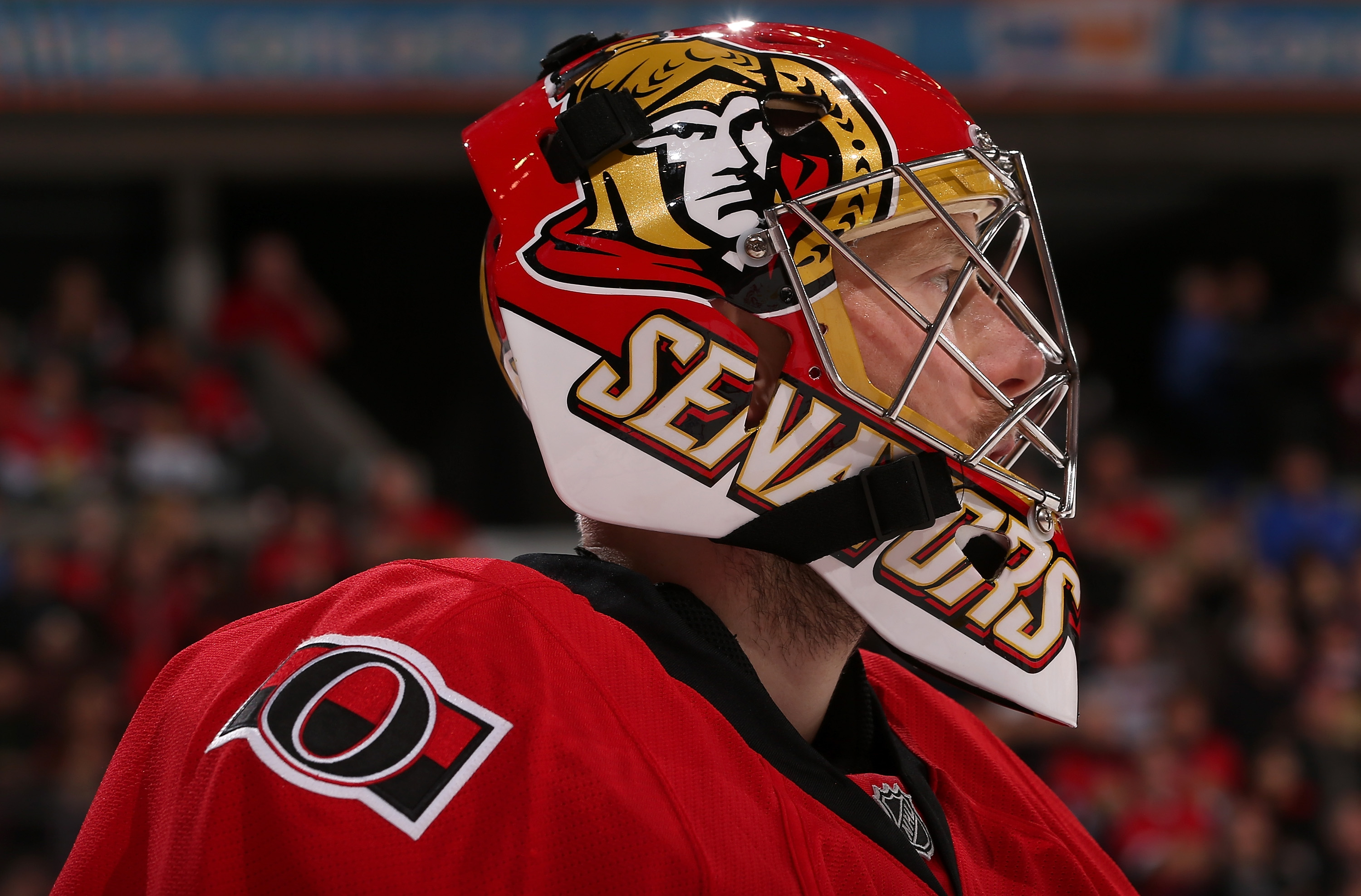 OTTAWA — The Ottawa Senators had to reset their goals after failing to make the Stanley Cup Playoffs. Finishing their disappointing season with a winning record at home was a big priority.

Craig Anderson made 28 saves for his fourth shutout of the season, Jason Spezza scored a power-play goal and the Senators matched their season-high four-game winning streak with a 1-0 victory against the Toronto Maple Leafs at Canadian Tire Centre on Saturday night.

Anderson recorded his 26th career shutout in Ottawa’s final home game of the season. The Senators, who also won four in a row from Dec. 28 to Jan. 4, won for the seventh time in nine games to finish 18-17-6 at home.

“It was huge for us,” Anderson said. “I think it’s kind of been our Achilles heel this year of playing at home, but we found a way to continue to win here at the end, and to get ourselves back above .500 is a good accomplishment considering where we were.”

Toronto goalie James Reimer lost for the first time in eight career starts in Ottawa. Reimer, who stopped 36 of 37 shots, entered with a 7-0 record and two shutouts in Canada’s capital city, including a 1.13 goals-against-average and a .970 save percentage.

“It’s good to have a night in a sense statistically that showed where I was back to, but obviously it would have been nice to get the win,” said Reimer, who actually reduced his GAA in Ottawa to 1.12.

The Maple Leafs ended their season with a four-game losing streak to finish 38-36-8. Toronto lost 12 of its final 14 games to plummet out of the Eastern Conference playoff race.

“It’s terribly disappointing and emotional,” Maple Leafs coach Randy Carlyle said. “It’s almost like you get in a state of depression because it’s such a negative in your life. We’re embarrassed about the way things unraveled for our hockey club.”

Spezza scored his 23rd goal on a power play at 7:35 of the second period. Spezza drove a one-timer past Reimer’s glove from the left faceoff circle on Erik Karlsson‘s pass from the point.

“I think we created a lot of scoring chances and just couldn’t put it in the net, and luckily for us Andy was standing on his head and made some unbelievable saves for us, and we only needed to score the one,” said Karlsson, who leads the Senators with 53 assists and 73 points.

Reimer stopped Jean-Gabriel Pageau on a breakaway before the midway point of the third. He also denied Ales Hemsky on a breakaway with less than a minute left in the first.

Each team had a goal disallowed 27 seconds apart in the first period.

Referee Brian Pochmara immediately waved off a goal by Toronto’s Tyler Bozak at 8:28. The blade of Bozak’s stick was well above his head when it made contact with the puck and the Maple Leafs center batted a high rebound of Phil Kessel‘s shot into the net.

“I just realized that I really do not envy the lacrosse goalies because they can shoot that ball from any position, high or low, and that’s pretty tough,” Anderson said.

The Senators then had a goal denied at 8:55. Pochmara also cancelled out that goal, ruling that Marc Methot made incidental contact with Reimer while the Ottawa defenseman directed the puck into the net with his right elbow when he drove the crease after Reimer stopped Hemsky’s shot.

Maple Leafs defenseman Petter Granberg, who made his NHL debut, blocked a pass by Senators right wing Erik Condra to break up a 4-on-1 rush in the second.

Ottawa plays its final game of the season Sunday against the Pittsburgh Penguins at Consol Energy Center.

“We’re playing games that don’t mean much in the standings as far as getting us into the Stanley Cup Playoffs, which is what it’s all about. But at the same time, finishing our home schedule like we are is way better,” Senators coach Paul MacLean said.